Here, the presence of the elements is examined with the minute precision of an obstinately attentive observer, searching for the moment at which matter reveals itself in all its strangeness, the insatiable hunger of fire silently prolongs itself in the monumental hardness of rock, an icy wasteland reveals an unsuspected delicacy when the wind disturbs the snowy surface, columns of water attain the solidity of rock as they crash downwards… In this extraordinary world, in perpetual movement as it creates its own forms… suddenly an apparition, far more striking than any hallucination.

Filmmaker and director of photographie, Olivier Dury stupide at the Vancouver Film School in Canada. He directed in 2008 his first documentary film, Mirages, selected and awarded in many international festivals. After finishing his second film Under the sky he is working on another documentary essay about the drug universe in titled Stupéfiant. 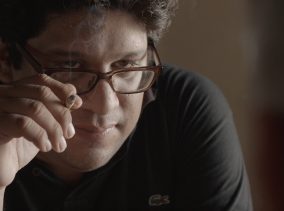 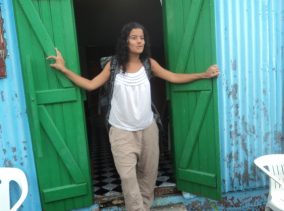 As a dog in a watering can 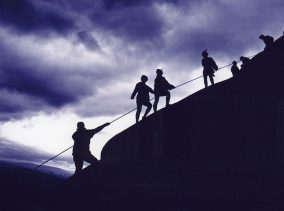